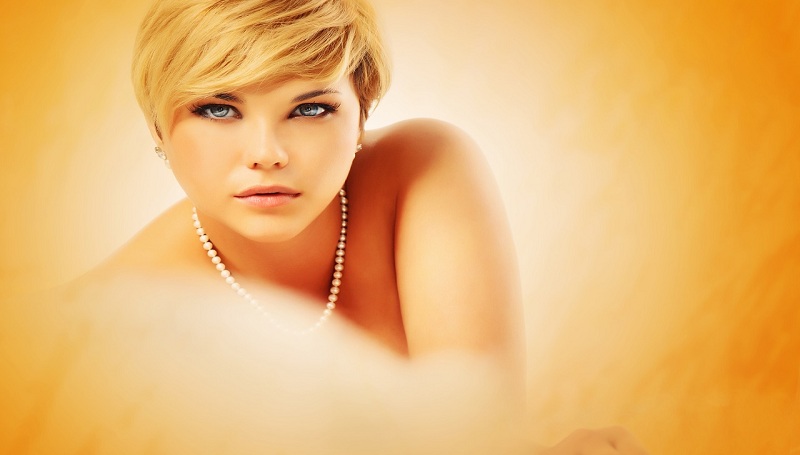 Skin lightening and bleaching has been practiced for many centuries in order to reduce the melatonin in the skin. This practice began in Persia many years ago when farmers would use hydroquinone (the active ingredient in bleach) directly on their skin in order to fade or lighten the skin’s color. It was also used in Japan by the Japanese Geisha’s who believed the extra light or fairer skin symbolized high social class, grace and beauty. Even today skin lighteners are still used by many people in almost every country and culture including America, Asia, Africa, Europe and the Middle East.

Skin lightening or brightening is often done for two reasons. One reason people use skin lighteners is to try to even out their skin tone and to reduce and erase brown spots, dark scars and age spots caused by aging, sun exposure or sometimes acne scars and poor wound healing. This type of skin care products has become popular in North America for anti-aging with new formulations containing alpha hydroxy acids, vitamin C and retinol. The second reason people use skin lighteners is for a more dramatic change to their appearance with some people trying to lighten their overall skin tone and even using lighteners on their whole body to try to lighten their natural skin color and tone. Although this is not too common in North America it is still sometimes practiced here and it is still practiced in many countries where people naturally have darker skin. For example, in 2012 sales of skin lightening cream in India totaled 258 tons. The belief is that one with fairer skin will have a higher social ranking or more sophistication. On one hand it is often not openly discussed, yet on the other hand, people are still very much buying and using the skin lightening products in a higher volume. It is perhaps a similar epidemic to the fairer skin people in North America and parts of Europe who regularly use tanning beds to achieve a “” healthy glow” or tan on their skin, when the truth is there is nothing healthy about it.

Skin lightening is often a little harsh on the skin, even when it is done with more holistic and natural ingredients. It is best not to be practiced as a regular skin care regime as it is more of an aesthetic treatment that does not particularly nurture the skin, although some products help to regenerate and improve the cell turn over of the skin. However, not all skin lightening products are even safe or good for the skin. Some cause skin aging over time by weakening the skin with frequent use. Not only that, some have unhealthy ingredients that can damage one’s health. That said, with today’s science, research and technology new products and ingredients have come out into the market that are a lot more gentle, safe and holistic than some of the earlier skin cream ingredients and methods used for lightening the skin. The following is a summary of some of the different skin lightening ingredients and products and the pros and cons of each.

This has historically and traditionally been the main ingredient in many skin lightening products. It has often been used in many skin lightening creams because it is safer and less expensive than many of the other treatments and ingredients on the market, and has a similar effect to chemical peels. As mentioned earlier it is the active ingredient in bleach. It helps to inhibit melanin in the skin and also prevents it’s reproduction. Although it does not bleach the skin it does considerably lighten it. Still, hydroquinone is not altogether safe. It has been known to cause leukemia in mice and laboratory rats. It has been banned in certain countries such as France for fear of it’s cancer risk. It was also banned by the European Union but is still often bootlegged in developing countries. It can also irritate the skin when it is applied in a higher concentration(more than 4%). In North America, it is sold in creams over the counter but with a maximum of a 2% concentration. If one purchases it from a dermatologist, they can get it with a slightly higher concentration(4%). If you are using products with hydroquinone always check to make sure that they are in a lower concentration of 2-4%. Also, too much hydroquinone on it’s own or combined with Tretinoin can cause the collagen in the skin to become damaged or weakened.

This is also known as all-trans retinoic acid and it is a derivative of Vitamin A. It is used to treat many skin issues including acne vulgaris, keratosis vulgaris and is also considered an anti-aging cream for removing wrinkles and stretch marks. It is often found in topical creams from 0.025-0.1%. It is relatively safe for the skin; however, it does make the skin more sensitive to sunlight and sunburn and occasionally can cause excessive dryness in the skin or skin irritation. If you are using this product avoid sunlight and use a sunscreen. It goes by several names including Retin-A, Retino-A, Retinol and Renova to name a few common forms.

Quite obviously the most destructive and ugliest ingredient on this skin lightening and whitening list. Mercury is toxic and can cause psychiatric, neurological and kidney problems. Prolonged use of skin whitening and lightening products with Mercury as an ingredient can cause mercury poisoning. Not only this but a woman who is pregnant and using skin whiteners with mercury can also affect her unborn child. It is unlikely that any skin lightening products purchased in North America will have this ingredient, but it hasn’t been banned yet from Asia or some of the developing countries, where skin bleaching is common. Studies have also shown that one in four skin lighteners made in Asia and purchased in the U.S. contain Mercury. Always check to ensure that mercury is not an ingredient in your skin lightening cream. Mercury can also go under other names including cinnabar, calomel, mercuric, or mercuric.

Vitamin C is an antioxidant that can be affective in lightening and brighten the skin. In a study, brownish guinea pigs were given Vitamin C and L-esterine which both lead to lighter skin.

Both lactic acid and glycolic acid were found to be affective in penetrating the top layer of the skin. When the A.H.A’s were in concentration of 4-15 % they were not found to inhibit the melanin production or lighten the top layer of the skin, however, it does improve the rate of cell turn over and helps to remove unhealthy dead cells at the layer where pigment cells accumulate.

When alpha hydroxyl acids are used at a 50% level as in a chemical peel, they can affectively remove skin discoloration such as age spots and sun spots; however, this should only be done by a professional dermatologist or aesthetician.

This is a newer alternative and a more natural skin lightener to hydroquinone. It is derived from the leaves of the bearberry plant and mulberry plant as well as cranberry shrubs. It is also found to be present in pear skins and wheat. It helps to inhibit melanin production in the skin. Arbutin is considered a safe plant extract for reducing pigments in the skin and is an affective skin lightener, although it is also more expensive than the traditional hydroquinone product.

Kojic acid is a by-product of the fermentation process of making rice and for the manufacturing of sake or Japanese rice wine. It can inhibit melanin production but has also been found to be rather unstable in cosmetic formulations. For this reason, sometimes Kojic dipalmitate is used instead. It is more stable than kojic acid but has also been found to be less affective. There is also research suggesting that kojic acid might be carcinogenic and can possibly be a skin irritant.

This is a component of grains such as wheat, rye and barley. When it is applied topically in a cream at 10-20% it can be used to treat acne but is also believed to be an inhibitor of melanin production.

If you are looking for a simple at home kitchen cupboard remedy for lightening the skin the following items have been traditionally used and known to lighten and brighten the skin: lemons and lemon juice, turmeric, strawberries, licorice root and parsley. There is also some evidence that pomegranate can lighten the skin, as well as pineapple. Citrus essential oils can also be affective in cleansing, brightening and lightening the skin. Lemon is still the number one essential oil to use on the skin, particularly if you want to remove age spots, sun spots or dark marks on the skin. The following are natural skin care recipes designed to help lighten and brighten the skin, but realize the effect will not be quite as dramatic as an over the counter lightening cream and these recipes have a better affect on the skin if used several times a week for several weeks. Also, both lemon juice and the essential oil of lemon has a phototoxic affect. If you are using the treatments, avoid direct sun and wear sunscreen to avoid sunburns. Lemon is high in Vitamin C or ascorbic acid, but also has it’s own ability to lighten the skin. Yogurt is also affective as it is a form of lactic acid(an alpha hydroxy acid) which helps to remove dead skin cells and speeds up the cellular turn over of the skin.

Mix the above ingredients together in a small bowl adding honey if you have dry or sensitive skin(lemon can be very drying). After it is thoroughly mixed apply the mask to your skin for 15 minutes, then rinse off.

Do this two or three times a week for a month to improve the lightening and brightening of your skin or to help remove sun spots or brown spots on your skin. Apply a moisturizer after each application and avoid the direct sun while doing this treatment.

Juice of half a lemon

Mix the above ingredients together in a small bowl. Use this as a scrub for your hands, face or body. If used in the course of a week, they should help to reduce noticeable age spots, sun spots and dark small scars on your skin from acne. Once again wear sunscreen and avoid direct sun exposure when doing these treatments.

100 ml of natural carrier oil such as almond, olive or grapeseed oil ( or alternatively 125 ml of plain unscented cream or lotion)

Fill the small glass jar or container halfway with the plain cream/lotion or natural nut or fruit oil carrier oil. Add the drops of lemon, lime or orange and cedarwood or rosewood essential oil, stir or swirl into the oil or lotion. Apply this lotion nightly to your skin before going to bed for a period of 3-4 weeks. You should notice a reduction in fine lines, sun spots and age spots as well as cleaner skin with less acne outbreaks.

If you are looking for some drugstore products for skin brightening and lightening Garnier has come out with a whole line of natural products that mainly uses Vitamin C or alpha hydroxyl acids(the later being a little stronger). The more intense lotions or creams have Dalmatian dogs on their package(to represent spot removal). The products are also reasonably priced at just over $20.00 for most creams. 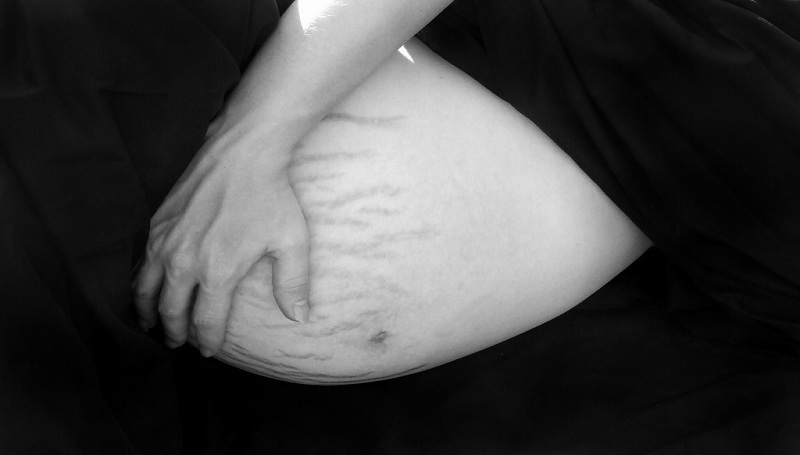 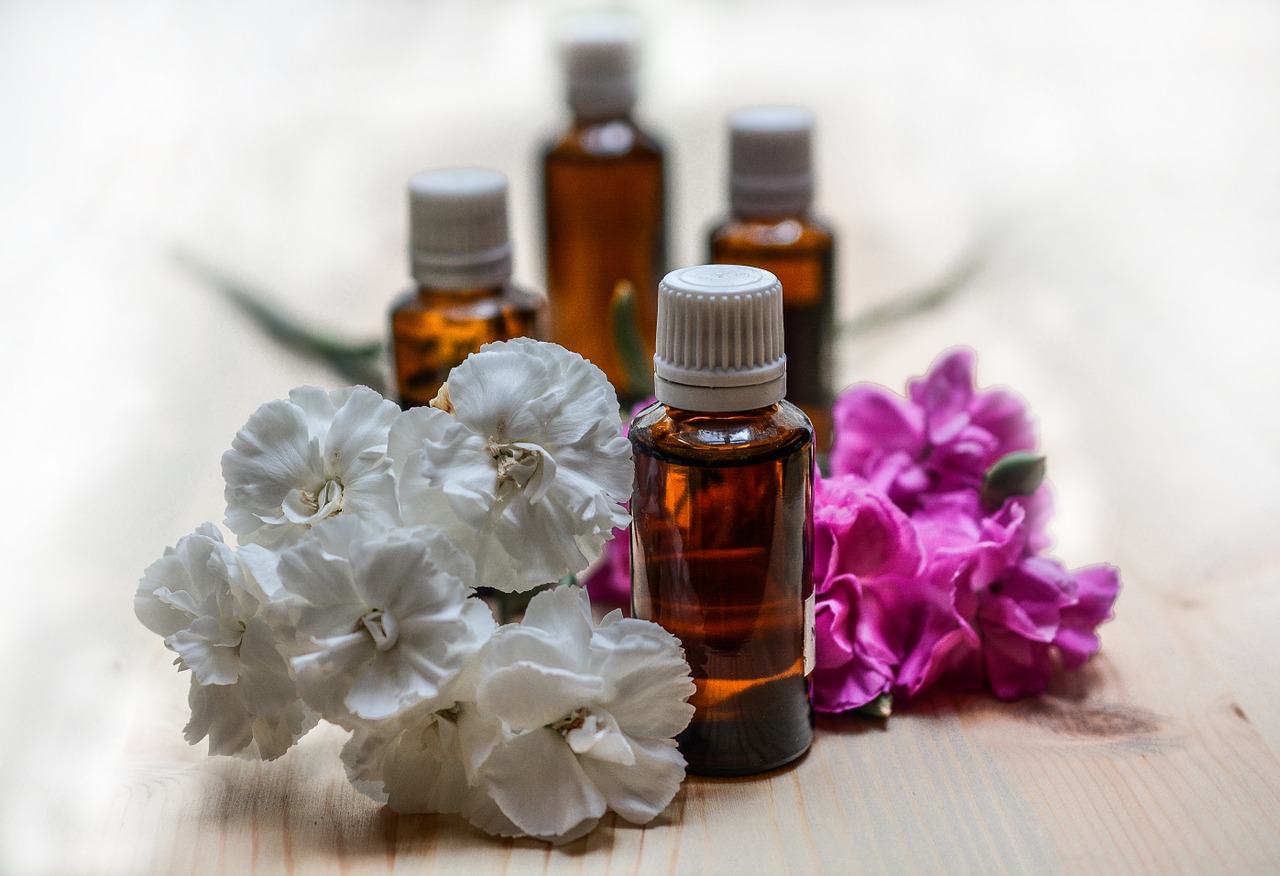 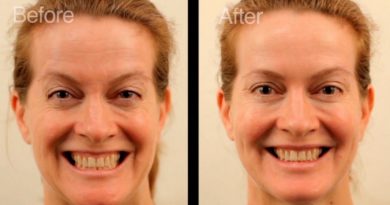 Skin Care > The pros and cons of using skin brighteners, lighteners and whiteners